CuO2 planes in superconducting Pr2Ba4Cu7O15-δ are both insulating and antiferromagnetic

In these situations, we recently succeeded in synthesizing of  Pr247 with perfect SC properties. To investigate the assumption that the planes in Pr247 are really insulating despite the perfect SC, we employed an experimental method with which we can obtain local information in the atomic scale: NMR (nuclear magnetic resonance) and NQR (nuclear quadrupole resonance).

We prepared the Pr247 as follows. A polycrystalline sample of Pr247 was prepared by calcination of the starting materials Pr6O11, BaO2, and CuO at 850 °C for 16 h in flowing O2 (0.1%)/Ar gas. To obtain single phase Pr247, we quenched the sample to room temperature, instead of using the O2 HIP (Hot Isostatic Pressing). The Pr247 sample was found to be of single phase from Xray diffraction. The oxygen reduction amount δ was estimated to be 0.65 from thermogravimetric analysis. For the Pr247 with perfect SC properties, we measured Cu NMR at zero external fields and NQR. To obtain Cu-NQR frequency spectra, we took signal intensities at various points in time. Solids have linewidths larger than the frequency range that a single pulse can irradiate. We used our lab-built auto-tuning system to regulate the resonance and matching capacitors in the probe's tank circuit for the point-by-point measurements. Fig. 1 captures a clear picture of the experimental set-up  for the NMR and NQR measurements. To analyzed the spectra, we used an evolutionary algorithm based on Covariance Matrix Adaptation Evolution Strategy (CMA-ES), which avoids artifacts caused by "local minima" in typical least-square approaches. 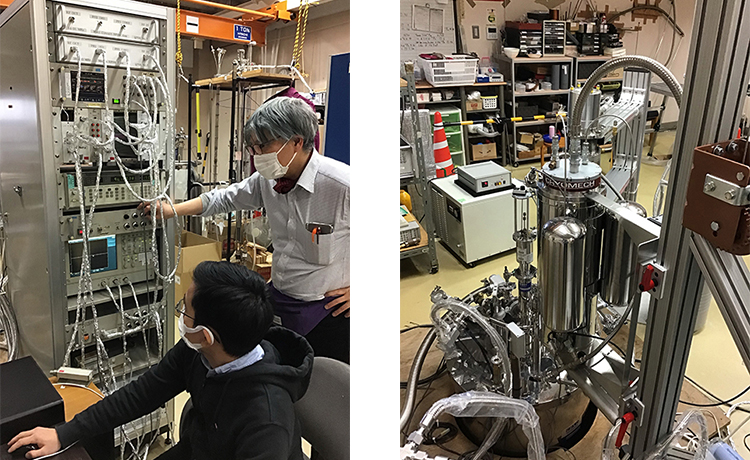 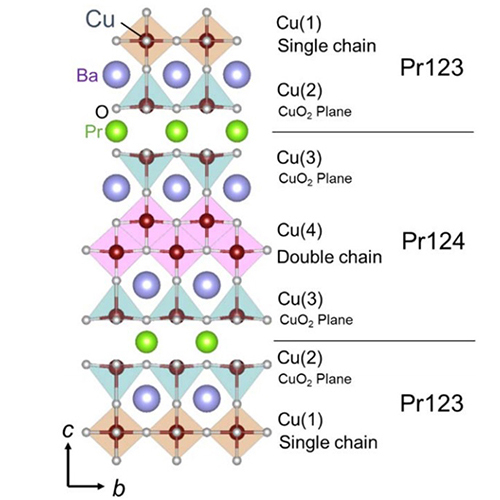 To conclude, although the Pr-substituted cuprate of Pr123 or Pr124 does not exhibit SC, we have successfully synthesized a single-phase superconductor Pr247 with the shielding fraction of 100% and the onset Tc of 18 K. We have found that, unlike all the other "high-Tc" superconductors, the Cu plane signals are insulating and antiferromagnetic, indicating that the SC in Pr247 is likely to be driven by the double chains, not the planes.