Niigata University Traffic safety Supporters (NUTS), a students' group of NU, cooperates with Niigata Prefectural Police Department to promote the awareness of traffic safety, including the Omoiyari Light Campaign. On the 10th of every month (headlights on day), students participate in the campaign with the police on the street in front of Ikarashi campus. In recognition of their activity, NUTS received a letter of appreciation from Niigata Prefectural Police Department in 2018.

The autumn sun sinks fast in November, and it is the time when traffic accidents are more frequent. November 10 is "Good Lightning Day", and the Omoiyari Light Campaign will be held three times in November, including on November 10, at three locations in Niigata Prefecture.

On Wednesday, November 16, preschoolers and teachers of Suisho Nursery School, which is nearby NU, participated in the campaign at the intersection in front of Sakaiwa Community Centre in Nishi Ward, Niigata City.

On the day, the weather was overcast and cloudy, and the lights needed to be turned on early. Students and preschoolers held up message boards urging derivers to switch on their headlights, and asked cars passing through intersections and waiting at traffic lights to turn on their lights. When drivers responded to their call and switched on their lights, they cheered, "Lights have been turned on!" with happy smiles on their faces. The campaign not only prevented traffic accidents, but also provided an opportunity with preschoolers to participate in road safety activities and learn about vehicle safety in a fun way.

Mr. SAKAGUCHI Yusuke, representative of NUTS and a doctoral student at Graduate School of Modern Society and Culture said: "It was a really meaningful experience for me to work with children to raise the awareness of traffic safety. Cooperating with Niigata Prefectural Police department and local residents, we will continue to work hard to promote road safety in Niigata Prefecture." 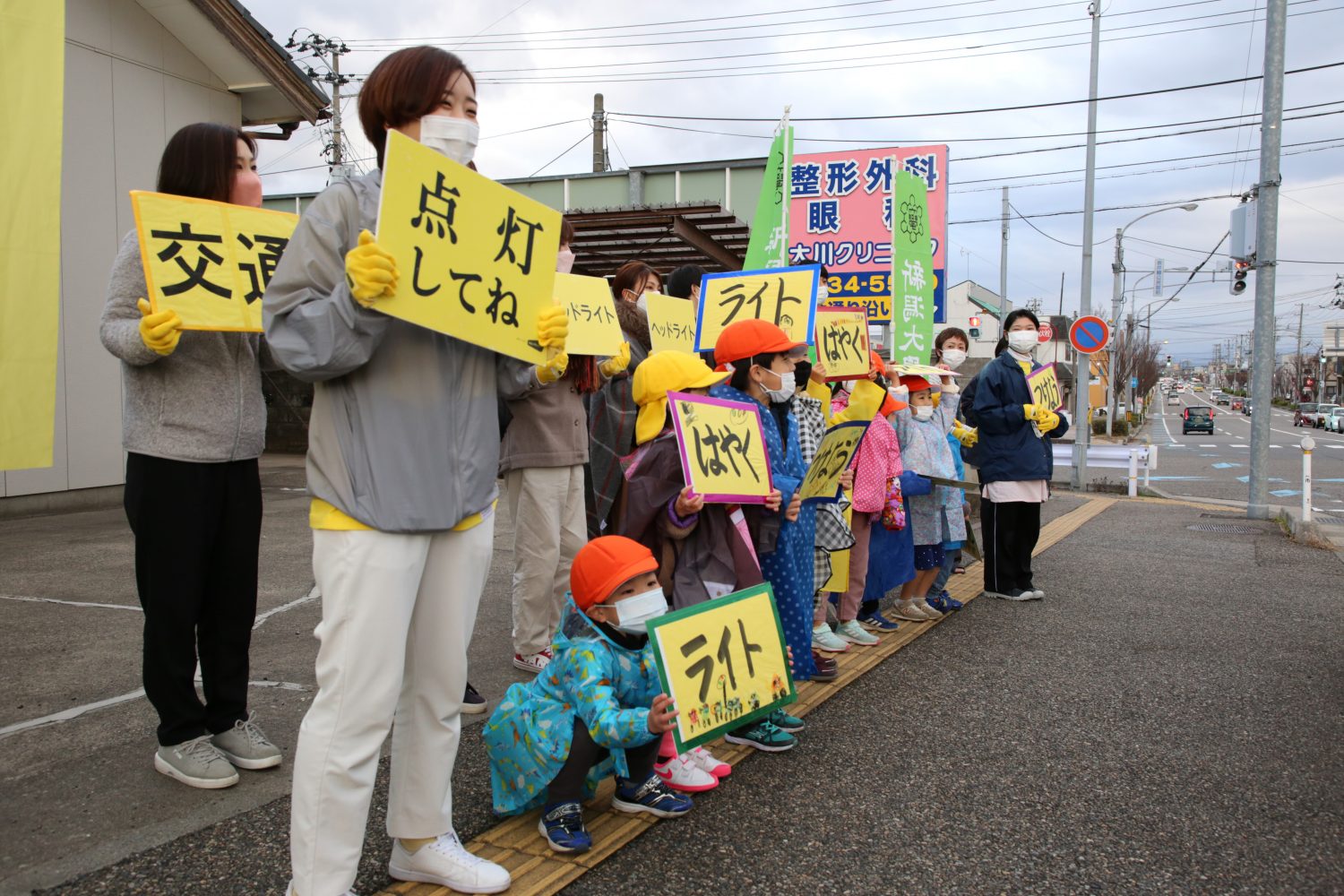 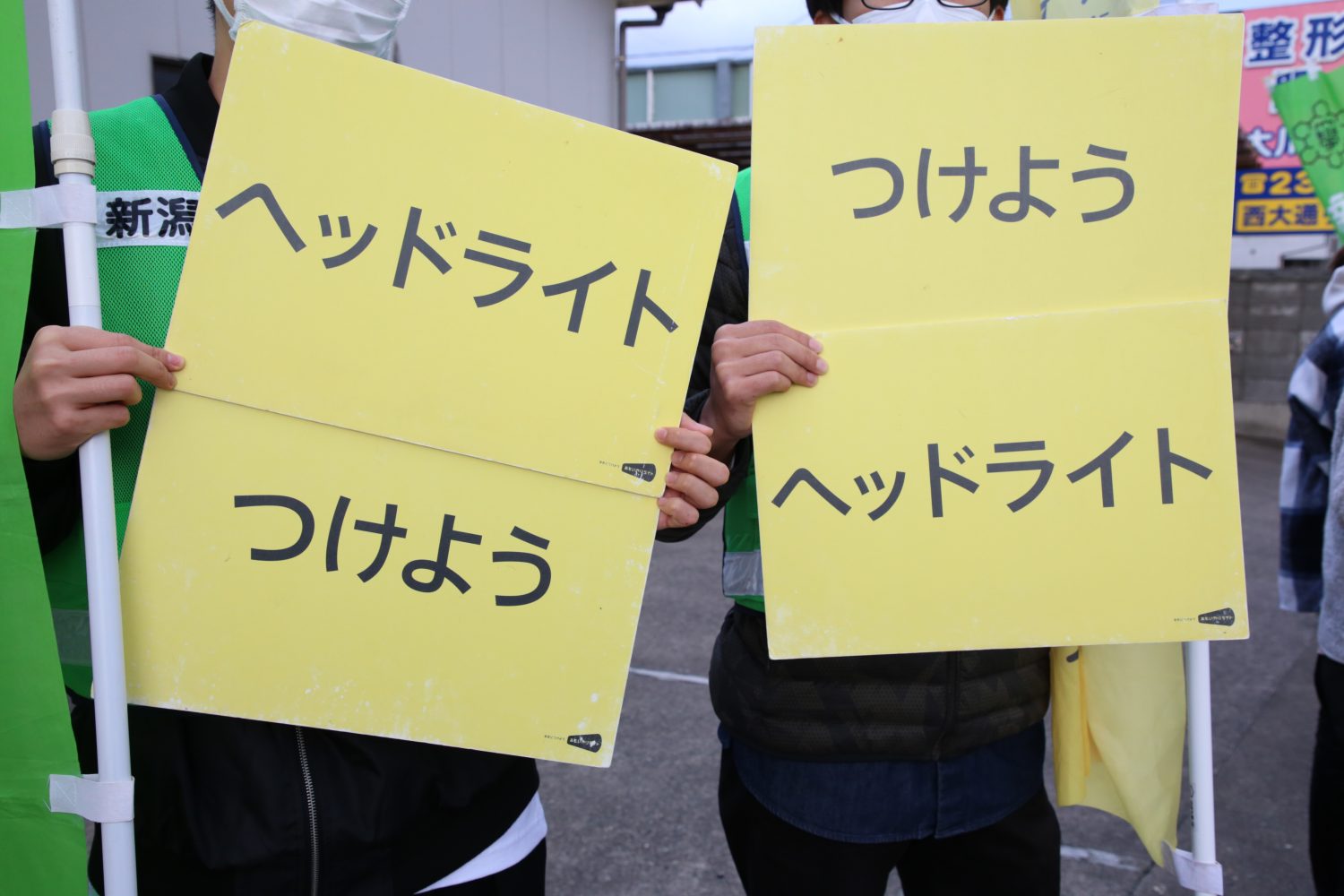 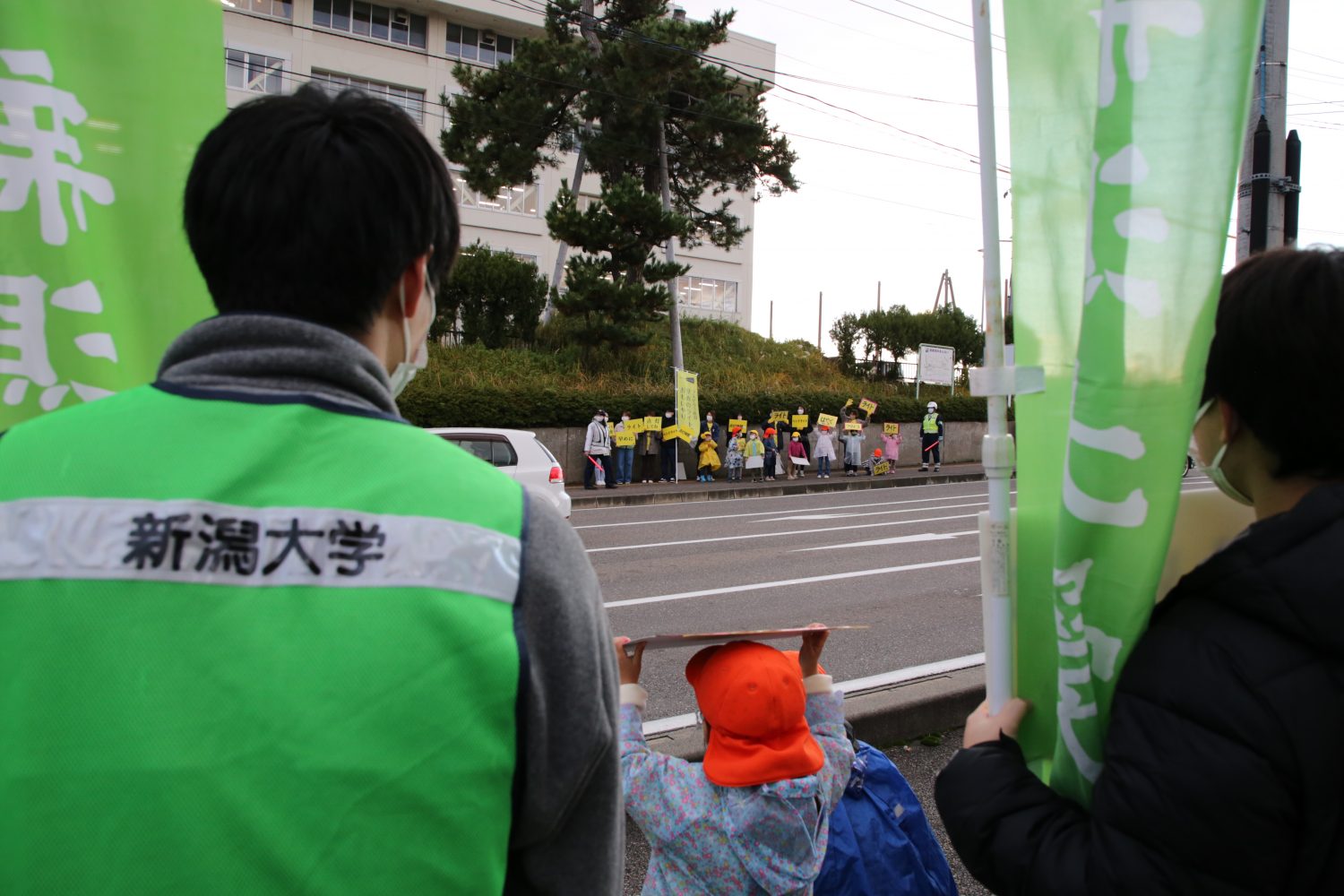