A Glimmer of Hope: New Weapon in the Fight Against Liver Diseases

Cirrhosis and other chronic liver diseases remain a global health concern, with close to 2 million deaths reported annually, these account for approximately 3.5% of annual worldwide deaths. All these statistics are largely driven by the fact that 75 million of the 2 billion people who consume alcohol worldwide are diagnosed with alcohol-use disorders and are at risk of developing alcohol- induced liver disease. In addition, the high prevalence of viral hepatitis-induced liver damage continues to be on the rise.

These sobering numbers inspired a team of scientists led by Prof. Shuji Terai of the Division of Gastroenterology and Hepatology, Graduate School of Medical and Dental Sciences, Niigata University, to build upon previous knowledge that the ability to control fibrosis—which is the development of fibrous connective tissue as a reparative response to injury or damage—in livers under advanced cirrhosis, is often lost. In an interview Prof. Terai said, “Our results showed that modified extracellular vesicles can become a new therapeutic strategy for liver cirrhosis”

Since clinically advanced cirrhosis is an end-stage disease that can effectively be treated only by liver transplantation at present, there is a race in the field with many scientists developing targeted therapies for modulating fibrosis and aiding tissue regeneration.

One of the most popular approaches is cell therapy, where mesenchymal stromal cells (MSCs) and macrophages have shown potential towards inducing liver fibrosis regression. The popularity of this approach is centered on its cost-effectiveness; because MSCs are not only obtainable from the bone marrow, but also from medical waste that include umbilical cord tissue, adipose tissue, and dental pulp. Apart from the ease of availability, MSCs can also be grown relatively easily in the lab. Furthermore, rather than acting directly by replacing the damaged tissues, MSCs have previously been shown to be medical signaling cells that indirectly produce cytokines, chemokines, growth factors, and exosomes that are crucial for repairing and regenerating damaged tissue. Over the years, considerable progress has been made towards capacity building for research and clinical trials for novel treatment strategies against liver diseases. This is exemplified by previous demonstrations that MSCs have anti-inflammatory, anti-fibrotic, and anti-oxidative effects through these humoral factors. Despite tissue rejection being one of the barriers to cell/tissue transplantation interventions; MSCs are attractive for possessing low immunogenicity, and this can facilitate their use for both autologous (same individual) and allogeneic (different individuals of the same species) transplantation, as evidenced by applications in nearly 1000 clinical trials involving other fields, including the treatment of liver diseases.

In a series of experimental mice studies, this team of researchers, from Niigata University , the University of Tokyo, Osaka University and Tokyo Medical University, Japan may have discovered that IFN-γ pre-conditioned human AD-MSC-derived sEVs (AD-MSC-γ-sEVs) can induce anti-inflammatory macrophage counts, which are the key players in tissue repair, including the regression of fibrosis and promotion of tissue regeneration in vitro.

They report that both human adipose tissue-derived MSCs (AD-MSC-sEVs) and AD-MSC-γ-sEVs can promote macrophage motility and phagocytic activity. In addition, they also show that AD-MSC-γ- sEVs contain anti-inflammatory macrophage inducible proteins and can effectively control inflammation and fibrosis in a mouse model of cirrhosis. Following single-cell RNA-seq application, they confirmed AD-MSC-γ-sEVs therapy can induce multidimensional transcriptional changes. Taken together, these results suggest that AD-MSC-derived sEVs can affect the shape and function of macrophages and effectively recruit them into damaged areas, thereby promoting damaged liver tissue repair.

This proof-of-concept pilot study that complements macrophage therapy, holds potential as a strategy for treating liver diseases using IFN-γ pre-conditioned sEVs. However, further development and determination of the mechanisms underlying Treg cell count induction by IFN-γ pre-conditioned MSCs and sEVs still form part of their future research plans before these findings can be translated to humans in phased and controlled clinical trials. 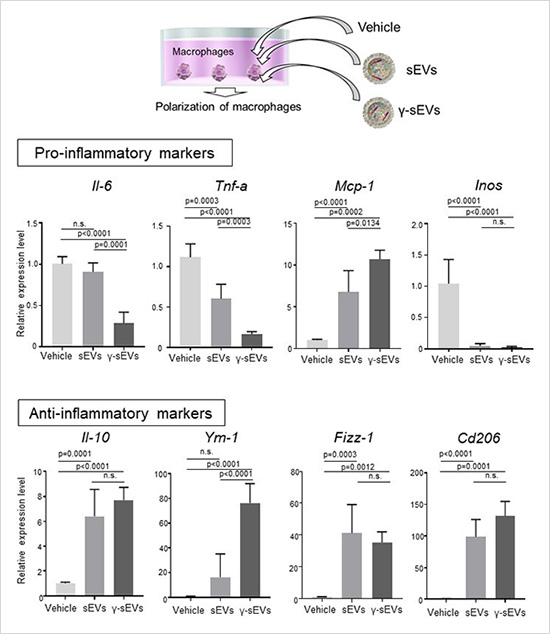 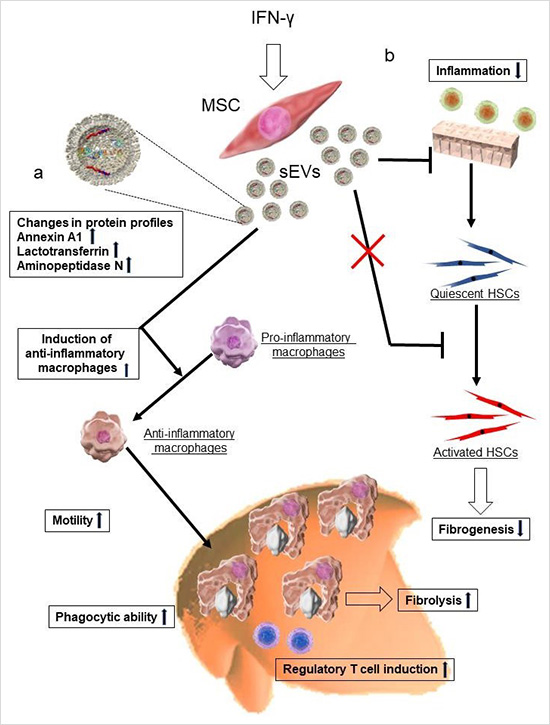 Figure 3: Summary of potential therapeutic effects of AD-MSC-γ-sEVs.
Increased levels of annexin A1, lactotransferrin, and aminopeptidase N. Increase the counts of anti-inflammatory macrophages with high motility and phagocytic ability, which increase repair of damaged tissue. Induces regulatory T cells and fibrolysis. b) The γ-sEVs also have the ability to reduce inflammation as well as downregulate fibrogenesis.